Summer 2015 Edition
Published by the Office of the Dean
MIT School of Humanities, Arts, and Social Sciences

Better policies, more public funding of research, and tweaks to the R&D pipeline could help create more drugs for prevention, and for treating cancers at earlier stages.

— synposis of findings
from study by MIT economist Heidi Williams


MUSIC
Marcus Thompson appointed Institute Professor
Along with professors Sallie Chisolm and Ron Rivest, Thompson has been named an Institute Professor, an appointment that recognizes exceptional distinction by a combination of leadership, accomplishment, and service. Thompson, the Robert R. Taylor Professor of Music, has been an enormously influential presence at MIT, both as an internationally recognized concert musician and a much-lauded teacher. Steven Hall, chair of the MIT faculty, says of Thompson, “Over his long career, Marcus has worked to give students access to a world-class music program that has changed MIT.”
Story at MIT News | Interview at Boston Magazine 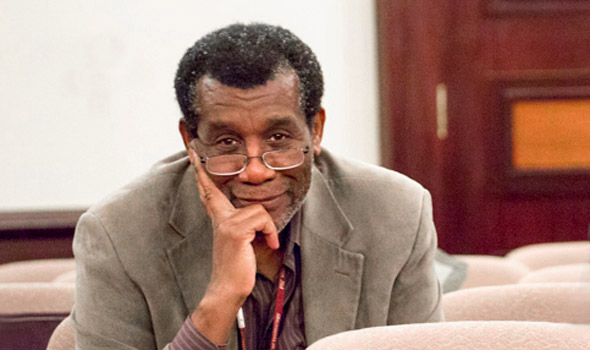 
MIT philosophy grad students launch program to increase diversity in their field
The academic pursuit of philosophy has a serious diversity problem. To help remedy the issue, three MIT philosophy graduate students — Abby Jaques, Matthias Jenny, and Kevin Richardson — organized a program that brought a diverse cohort of undergraduates to MIT this summer to explore the full range of options for pursuing an academic career in philosophy.
Story by SHASS Communications “One thing that makes MIT different…It’s not at all an absurd thing for us to think, ‘There’s a problem here; let’s do something about it.’”


MEDICAL HUMANITIES
Medical anthropology meets biomedicine and technology
Erica Caple James observes that truly solving the world's complex health issues will require bringing together knowledge from the humanities and social sciences — about the cultural, political, and economic determinants of health — with biomedical and technological expertise. And, she notes, “MIT may be uniquely positioned to offer new research and teaching models that can solve persistant health problems worldwide.”
Story by MIT Spectrum


MUSIC
The Glaser Codex at MIT | Michael Cuthbert
Medievalists embrace many technologies, Cuthbert explains, otherwise their work would be impossible, given the fragmentary state of what survives from an earlier period. Just as we need an intermediary to convert a CD, MP3, or other object into music we can hear and enjoy, “we need specialized tools for translating these manuscript objects into musical sound.”
Story by Sharon Lacey, MIT News


LINGUISTICS
3 Questions | Michel DeGraff on Haiti's new policy for teaching in Kreyòl
In July 2015, Haiti’s government announced a new policy to educate students in Kreyòl, the primary language of most Haitians, rather than in French, as has been tradtional. Introducing Kreyòl-language instruction in Haiti has been long been a cause of DeGraff, a native of Haiti and MIT professor of linguistics who has been instrumental in establishing the MIT-Haiti Initiative.
Interview

SCIENCE, TECHNOLOGY, AND SOCIETY
Citizenship in a Digital Age | Jennifer Light
Light, a historian and sociologist of science and technology, explains why political and economic structures are needed if technological innovations are to achieve particular social or political outcomes. "Our conversations about new media and politics are proceeding in a manner that’s technologically determinist," she notes, "assuming political change will follow from technological change, when in fact, the political changes are contingent on how we regulate the technology, how much it costs, etc."
Interview

Jeffrey S. Ravel named head of MIT History
Ravel became the new head of the MIT History section, effective July 1, 2015. “I am privileged to serve as head of this dynamic section,” Ravel said. “Our MIT historians contribute to the newest frontiers in world and transnational history, and to the history of the environment. In our classrooms, we introduce MIT’s brilliant students to the pleasures and paradoxes of the past....Having a nuanced understanding of past successes and failures helps our graduates fulfill MIT's mission.”
More


Empathy + Economics: Meet MIT SHASS PhD student Reshmaan Hussam
Hussam uses economics research to help to increase human well-being. Her work shows that we need to understand behavioral barriers to, for instance, handwashing with soap — which can vastly improve the quality of life and equip people with the health stability to focus on other activities, such as education and building up financial savings.
Story 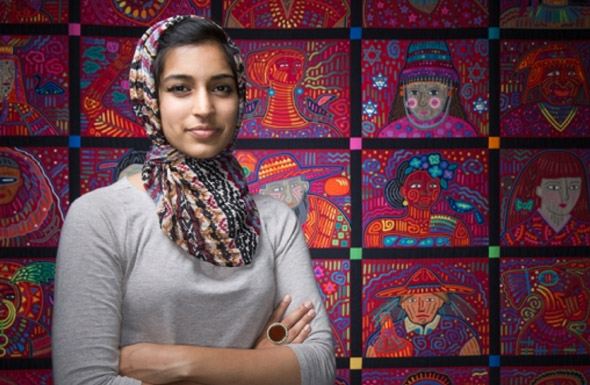 
All Awards  | Summer 2015
To see more of the many recent awards for the SHASS community, visit the complete
Honors and Awards section

LINGUISTICS
Sabine Iatridou, Kai von Fintel, elected Fellows of the Linguistic Society of America
This is the linguistic field’s highest honor, awarded each year to a small number of linguists for distinguished contributions to the discipline. Iatridou and Von Fintel join their MIT colleagues Noam Chomsky, Morris Halle, Irene Heim, David Pesetsky, and Donca Steriade, who have been honored as Fellows in previous years, as well as more than twenty alumni of the department.
Iatridou website | Von Fintel website | MIT Members of the LSA


MIT CLASS OF 2015
MIT chapter of the Phi Beta Kappa Society inducts 80 new members
Jeffrey Ravel, professor of history and president of Xi of Massachusetts said, “This year's inductees represent the very best of MIT, in the sense that they have excelled not only at technical subjects, but also at the humanities, arts, and social and natural sciences.”
Story by SHASS Communications


PHILOSOPHY, POLITICAL SCIENCE, ECONOMICS
Haslanger, Thelen, and Werning elected to the American Academy of Arts and Sciences
“We are honored to elect a new class of extraordinary women and men to join our distinguished membership,” said Don Randel, chair of the academy’s Board of Directors. “Each new member is a leader in his or her field and has made a distinct contribution to the nation and the world.”
Story at MIT News | AAAS press release


ECONOMICS
Jim Poterba elected to the National Academy of Sciences
Bowring, Mrowka, and Seager named, along with Poterba, for “distinguished and continuing achievements in original research.” Membership in the NAS is one of the most significant honors given to academic researchers.
Story at MIT News


MIT SHASS STAFF
Six members of the SHASS community receive Infinite Mile Awards
The awards, which salute SHASS staff members for exceptional contributions that benefit the School and the Institute, were presented during a festive luncheon at the MIT Media Lab.
Announcement and Recipients


SHASS FAIR FOR STUDENTS
TOUR de SHASS arrives on campus, September 10
The very popular SHASS academic expo showcases the great range of courses within MIT's School of Humanities, Arts, and Social Sciences, giving hundreds of MIT students a chance to “Take the Tour” — visiting information stations staffed by SHASS faculty and UAAs from all SHASS fields of study. Students are particularly excited about the opportunity to talk directly with faculty about potential classes.
About

MUSIC
What makes Rock Band rock? | Conversation with Eran Egozy '95
The creator of Rock Band, a popular music video game, is back on campus. Egozy ’95 is teaching in the MIT Music section, guiding MIT students to find their own way to blend technology and music. Behind Rock Band’s success are two alumni—Eran Egozy and Alex Rigopulos ’92, SM ’94, the co-founders of Harmonix. The company has sold 18 million units of Rock Band and is coming out with Rock Band 4 later this year.
Story at Slice of MIT | Podcast


ARTS AT MIT
Mellon awards $1.5 million grant to MIT's Center for Art, Science and Technology
MIT CAST has received a $1.5 million grant from the Andrew Mellon Foundation, bringing the foundation's total support for CAST to $3 million, among the largest gifts received by the arts at MIT.
Story by Arts at MIT


CENTER FOR INTERNATIONAL STUDIES
Interview with Joel Brenner
Brenner, former inspector general and senior counsel at the National Security Agency, joined CIS as a Robert E. Wilhelm Fellow in 2014. In this interview, he discusses his work in law and public service, his interest in technology and policy, as well as his research at CIS.
Interview by CIS staff


SHASS In the Media | Summer 2015
For more of the many recent media stories about SHASS research and faculty, visit the complete
In the Media section


ECONOMICS
The MIT gang | Paul Krugman
Paul Krugman, PhD ’77, writes about the meteoric rise of MIT-trained economists on the global stage since the economic crash of 2008. “The economic analysis some of us learned at MIT way back when has worked very, very well for the past seven years.”
Column IN the New York Times


LINGUISTICS
DeGraff and Mandalay Louis-Charles create Haitian Kreyol alphabet recording
The first ever Kreyòl (Haitian Creole) alphabet songs as educational videos have been created as the result of a collaboration between Kreyòl advocates Mandalay Louis-Charles and Michel DeGraff, MIT Professor of Linguistics.
Story at newswire 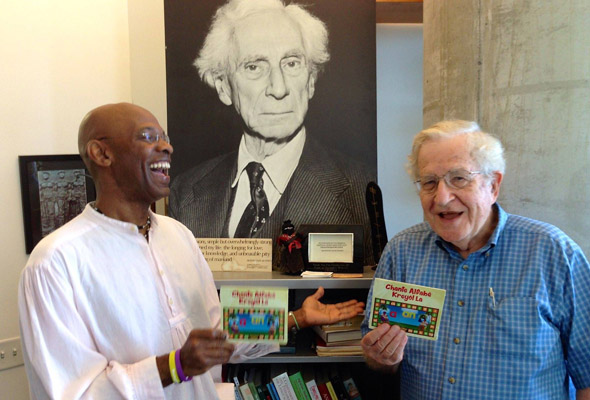 SCIENCE WRITING
Black and light | Marcia Bartusiak
The Economist reviews Black Hole: How an Idea Abandoned by Newtonians, Hated by Einstein and Gambled on by Hawking Became Loved, by Marcia Bartusiak, MIT professor of science writing. “Ms. Bartusiak weaves scientific concepts to create a portrait of the scientific institution itself, showing how its norms and personalities served to shape the path taken by the idea.”
Review at The Economist


ECONOMICS
Have your cake and eat it too | Daron Acemoglu
In an article on the relationship between economic growth and a given nation's political model, research by MIT economist Daron Acemoglu is cited to show that “in non-democracies, well-connected firms use political power to shut out competition.”
Story at the Economist 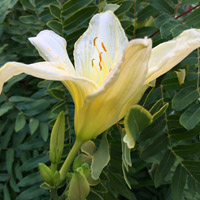 Send us your news ideas
Send-Ideas