March 2011 Edition
Published by the Office of the Dean
MIT School of Humanities, Arts, and Social Sciences


Amanda Mok ’11 wins 2011 MITSO Concerto Competition
Mok, a double major in Music and Biological Engineering, is the 2011 winner of the MIT Symphony Orchestra Concerto Competition. Mok will perform the first movement of Tchaikovsky's Piano Concerto No.1 with MITSO, on March 11, 2011. A classic, multi-talented MIT student, Amanda is a successful scholar and accomplished musician, and deeply engaged in the Institute community.
Q & A

Ask a Linguist | Q&A with David Pesetsky
David Pesetsky, Ferrari P. Ward Professor of Modern Languages and Linguistics, was recently named a Fellow of the American Association for the Advancement of Science. He is the author of two groundbreaking books on syntactic theory as well as numerous articles that have contributed to the understanding of Universal Grammar.
Full story: Q & A

New knowledge from Martin Hackl's Experimental Syntax and Semantics Lab
Some of the subtleties of language can be challenging to explain using traditional linguistic analysis. Associate Professor Martin Hackl’s experimental approach is expanding the field of linguistics.
More at Research Portfolio

Bookshelf
The research of MIT's School of Humanities, Arts, and Social Sciences appears principally in the form of books and publications, as well as music and theater productions. These gems of the School provide new knowledge and analysis, innovation and insight, guidance for policy, and nourishment for lives.
Take a look

Communications in slow-moving crises
“Things are happening much faster and much slower,” says historian Rosalind Williams, because the “density of human presence on the planet speeds up environmental change and slows down political change,” creating a “viscosity” that makes history “work differently.”  A panel moderated by Prof. Tom Levenson, Head, Writing and Humanistic Studies, and Director of the Graduate Program in Science Writing.
Watch video

Thursday, March 17
Washed by Fire | The Music of Keeril Makan
Performed by the Either/Or Ensemble. For more than a decade, MIT’s Keeril Makan has been creating hard-driving, visceral music that is blended with a quiet beauty, offering what Newsday calls “a fascinating wedding of intellect and expressivity.”
Full information

April 7–9 + 13–15
La Ronde | Let's get it on
A comedy of lust and longing. Written by Arthur Schnitzer at the beginning of the 20th century, the play has been adapted by Anna Kohler for MIT. With the help of today’s media, actors from other continents will be able to perform in the show, along with the MIT Dramashop actors.
Full information

Thursday, April 21—Saturday, April 23
Dance Technology and Circulations of the Social, V. 2.0
For the 150th celebration, a dozen dance technology researchers will be at MIT to present their current, media-focused research. The two-day symposium includes readings, demonstrations, and small-scale performances, and will produce an anthology of writings to be edited by the symposium conveners.
Full information

Friday, May 13, Saturday May 14, Sunday, May 15, 2011
Bellona, Destroyer of Cities, by Jay Scheib
MIT Professor Jay Scheib, named one of 25 artists who will shape the next 25 years of theater by American Theater Magazine, returns to the ICA stage with a new work, based on Samuel R. Delany’s epic science fiction novel, Dhalgren.
Full information

Palitz Fellowship Announced | Apply by March 11, 2011
A new undergraduate travel fellowship for the study of Dutch art and culture in The Hague, Netherlands. A six-month term as an MIT Palitz Fellow: Spring semester in preparation with a faculty supervisor, followed by three months in The Hague, Netherlands for a program of summer research in and around the Royal Picture Gallery Mauritshuis.
Discover the Hague | More at Fellowships

Resource webpage launched for MIT Arts Scholars
Mission: To foster an active community of undergraduate and 2-year masters students with an exceptional interest in the arts. The community’s resultant role is that of an arts leadership group, cultivated through events and mentorship.
Visit Arts at MIT | Arts Scholars

Inventing Our Future | MIT's Diversity Story
Unique stories from members of the MIT community:  “How do you use the diverse backgrounds of students, faculty, administrators, so that MIT becomes a better place...from a research output perspective?"
More at Inventing our Future

The Evolution of Economic Science
As part of the MIT+150 Economics Symposium held in January 2011, Mitsui Professor of Economics, James Poterba moderates a panel of fellow distinguished economists to reflect on MIT's unique contributions to the field, and MIT's role as a place of research, teaching, and influence in the larger world.
Watch at Multimedia 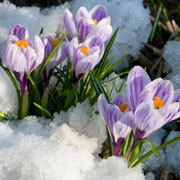