September 2016 Edition
Published by the Office of the Dean
MIT School of Humanities, Arts, and Social Sciences

"Humanity faces urgent challenges — challenges whose solutions depend on marrying advanced technical and scientific capabilities with a deep understanding of the world’s political, cultural, and economic complexities."

How to make a MOOC at MIT
If you are a member of the MIT faculty, the Office of Digital Learning (ODL) is your central resource for digital learning initiatives and online education. ODL is a community where faculty can collaborate and share digital learning experiences. They offer instructional and technical consultation as well as a wealth of tools and resources.
MITx Resources for MIT Faculty | Grant Program for Making a MOOC

PHILOSOPHY
Caspar Hare's online philosophy course solves a major issue in MOOC design
Hare's "Introduction to Philosophy" will enable students to write papers and have their work reviewed and graded by professional philosophers. “Listening to lectures and reading books is great," Hare says, "but philosophy is all about taking complex ideas and organizing them in a simple way. You learn by writing.”  Inside Higher Education writes that this course “has solved a real problem in the MOOC world—of quality feedback and engagement—and has done so in a way that sustains the ability to scale.”
Story | About the Course 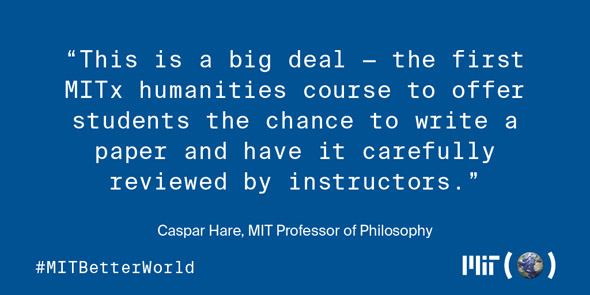 POLITICAL SCIENCE
What makes for a well run election? | Charles Stewart III
In August, the Pew Charitable Trusts released the latest edition of its Elections Performance Index (EPI) with data from the 2014 midterm election. In ElectionLineWeekly, MIT’s Charles Stewart — a prime force behind the EPI — talks about what the research means for American election administration now and going forward. There's good news: Stewart says "the administration of elections in the U.S. continues to improve, slowly but surely."
Full Commentary at ElectionLineWeekly

ECONOMICS
The safety trap
Lack of secure investments is hindering growth globally. MIT researchers propose a solution. “The shortage of safe assets is a global phenomenon,” says Caballero, who notes that national remedies for the safety trap cross borders as well. “Policies that increase the net supply of safe assets somewhere are output-enhancing everywhere,”
Story by Peter Dizikes, MIT News 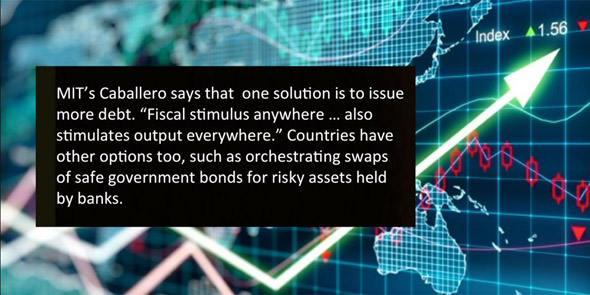 COLLABORATION: SA+P and SHASS
A game about real estate and the public good
A collaboration between the Department of Urban Studies and Planning and the MIT SHASS Game Lab has produced an ingenious game that enables players to create models of socially responsible real estate ventures.
Story by Jintai Li

LITERATURE
Your child, the literary talent
Literary scholar Marah Gubar, who studies the creative powers of kids, is engaged in a research project to isolate and compare some of the most common ways we think about the nature of childhood. She aims for the research to be valuable to many people, including child development specialists, teachers, librarians, psychologists, and the general public.
Story by Peter Dizikes, MIT News | Gubar webpage

“It really matters how adults think and talk about what it means to be a child.... [childhood] “is not just biological; it’s also a social and cultural matter, so it changes over time, across cultures, and in different social classes.” 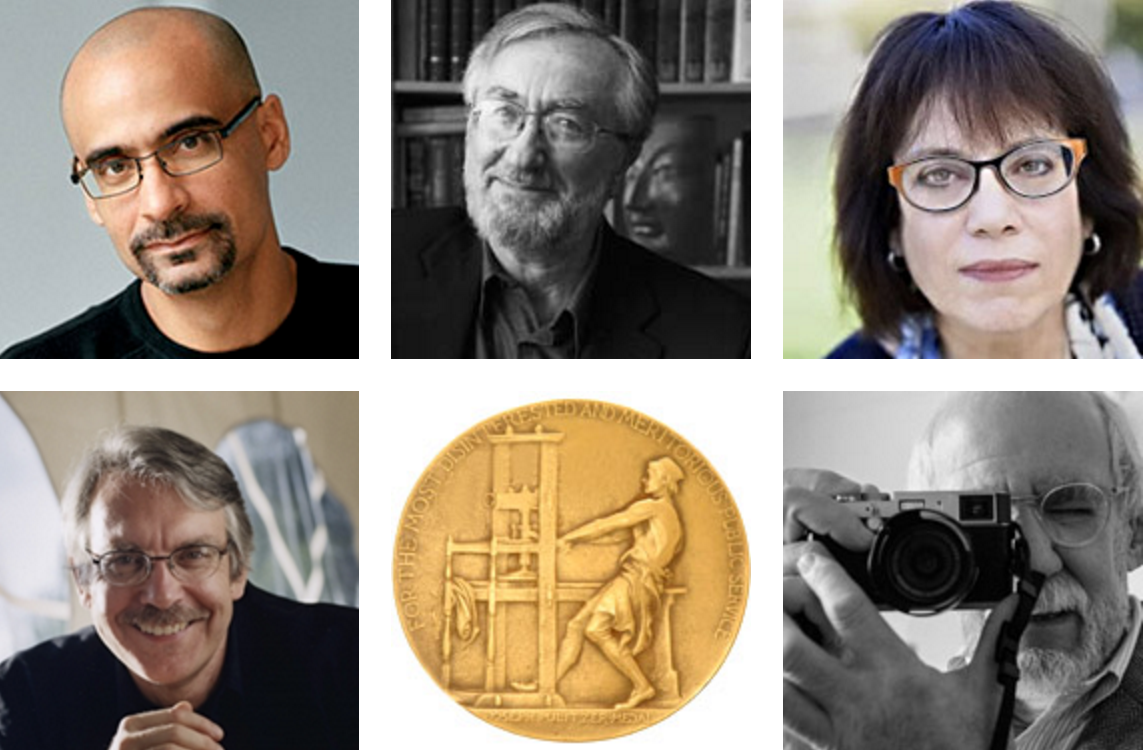 PHILOSOPHY
Seeking big answers about art — via philosophy and biology | Rebecca Millsop
PhD student Rebecca Millsop uses philosophy — and biology — to take on contentious questions about how we define art. “You have to consider that art is a very real part of our lives and societies, she says. "We have art institutions, we have funding for the arts, everyone has an idea of what it is. [Works of art] are real things that interact with real people in the world, so we should care about coming up with satisfactory definitions, or at least theories.”
Story by Catherine Caruso, MIT News

ECONOMICS
A world of questions | Nils Wernerfelt
Wernerfelt deploys the tools of economics to address his questions about the world. Last year, he received the opportunity to collaborate with researchers at Facebook, and is currently embedded there, collaborating with computer scientists, sociologists, and statisticians from around the world on questions centered around human behavior.
Story by Cartherine Caruso, MIT News

POLITICAL SCIENCE
From Babylon to Baudelaire and back | Marsin Alshamary
In exploring the role of clerics in the Shi’a world, political science PhD student Marsin Alshamary notes that “Religious leaders exist everywhere — whether as elites in the hierarchy or as local leaders, at the community level.” Her dissertaion focuses on the role of individual religious leadership in the context of civil wars and contentious politics.
Story by Sarah Baldwin 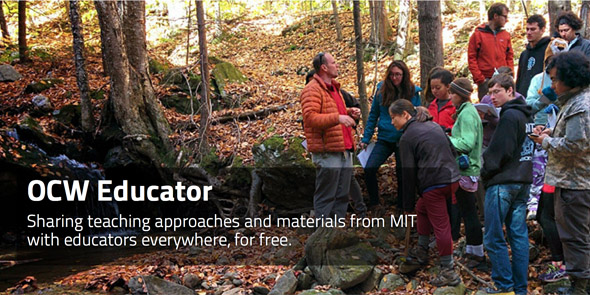 Resources for Innovation in Education | OCW Educator
OCW Educator is a venue for showcasing insights from MIT instructors about how and why they teach the way they do. The OCW team notes that many SHASS instructors have developed creative approaches to teaching, and invites inquiries from SHASS instructors about how they might participate in this new Educator portal. A number of recent SHASS courses on OCW now feature Instructor Insights, including Kurt Fendt’s CMS.633 Digital Humanities; David Thorburn’s 21L.011 The Film Experience; Steven Strang’s 21W.747 Rhetoric; and Sally Haslanger, Patricia-Maria Weinmann, and Brendan de Kenessey’s 24.191 Ethics in Your Life. OCW also shares information about courses via their well-read blog (80,000+ readers) and newsletter (245,000 subscribers).

More about the OCW Educator

SECURITY STUDIES
Barry Posen receives 2017 Lifetime Achievement Award
The award, given by the International Studies Association, recognizes a distinguished scholar in International Security Studies. The 2017 Distinguished Scholar Award recipient will be honored at a special panel at the ISA conference in Baltimore in February 2017. Posen's award is recognition for his many contributions to scholarship and teaching.
SSP website

POLITICAL SCIENCE
Ariel White wins Heinz Eulau award
This award is given for the best paper published in the American Political Science Review in the previous year. White and her co-authors won for their article, “What Do I Need to Vote? Bureaucratic Discretion and Discrimination by Local Election Officials,” which highlights the issue of racial profiling by local officials and how this leads to systematic bias against minority citizens. The committee cited the substantive issue of the inquiry, which has far-reaching implications for the study of democracy and equity.
Story

“I am deeply honored to receive this award, to be included in extraordinary company of Justice Sonia Sotomayor and my other fellow honorees. As an immigrant myself, I hope that the award can bring attention to our heroic immigrant communities, who give so much for our country, and in particular to our undocumented students.”

HISTORY
Christopher Capozzola and colleague awarded grant for 2017 NEH Summer Institute
Capozzola and a colleague, historian Ann-Marie Gleeson, have been awarded a $172K grant by the National Endowment for the Humanities to host a summer institute for secondary educators on “Foreign Exchanges: The U.S. and the Wider World in the Twentieth Century.”
Information at NEH 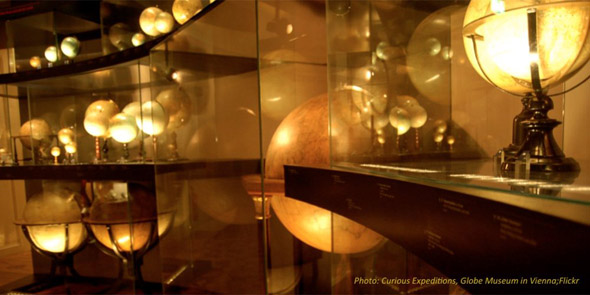 MIT SHASS In the Media
For more of the many recent media stories about SHASS research and faculty, visit:
In the Media Section | September 2016

HEALTH CARE ECONOMICS
How do we know what really works in healthcare?
Amy Finkelstein, a professor of economics at MIT, discusses the use of random controlled trials (RCTs) to explore healthcare delivery — and the “accidental” RCT she discovered when Oregon expanded Medicaid.
Podcast on Freakonomics

SCIENCE, TECHNOLOGY, AND SOCIETY
Sherry Turkle makes her off-broadway debut
Or rather “Sherry Turkle,” played by Saturday Night Live alum Rachel Dratch, appears in James Graham’s play “Privacy,” at the Public Theater in NYC. The implicit question: If you’re embarrassed watching your online footprint splashed across an LED screen in front of three hundred strangers, do you really want it out there for the whole world to see?
Review at the New York Times | Review at The New Yorker | Story at MIT Slice 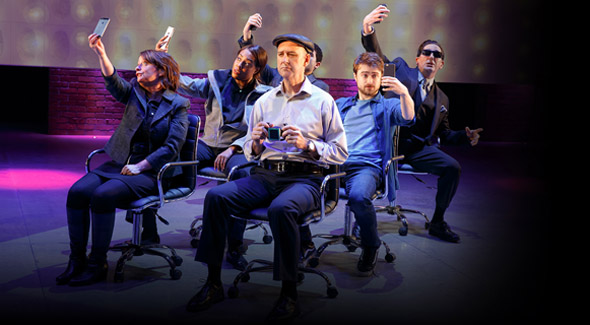 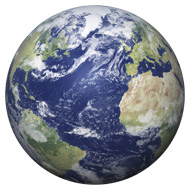 Said and Done is published by the Office of the Dean

Making a better world — Generating solutions for the great challenges of our age requires both advanced technical and scientific knowledge and a deep understanding of the world's human complexities. MIT-SHASS researches and advances the cultural, political, and economic dimensions of innovation — the broad range of human realities, from deeply-felt cultural traditions to building codes to political tensions, in which science and technology issues are embedded.