PHILOSOPHY
Conference on Normativity honors Philosopher Judith Jarvis Thomson
Fundamental ethical questions were up for debate recently as distinguished moral philosophers gathered at MIT for a daylong conference on Normativity — a groundbreaking 2008 treatise by MIT philosophy professor emeritus Judith Jarvis Thomson. “Debate was vigorous, lively, and good humored — in all the ways that humor can be good!” said Professor Richard Holton, head of the Philosophy Section.
More

SCIENCE WRITING
Drawing the Map of Life | New book from McElheny
Victor McElheny's new book describes how DNA will change our future. Drawing the Map of Life is the story of the Human Genome Project from its origins, through the race to order the 3 billion subunits of DNA, to the surprises emerging as scientists seek to exploit the molecule of heredity.
More

ECONOMICS
Economist Pathak measures effect of foreclosures on housing prices
Economist Parag Pathak and two Harvard researchers, John Y. Campbell and Stefano Giglio, have put a price tag on foreclosures, determining how much a foreclosure dents a home’s value, as opposed to a sale from death or bankruptcy. They have also demonstrated how much foreclosures depress the prices of the houses around them, a finding that should capture the attention of policy-makers.
Story by Peter Dizikes at MIT News

ECONOMICS
Measure for Measure | What makes scientists productive?
To find out, economists with MIT links are researching the researchers.  What is the best way for federal funding agencies like the National Science Foundation (NSF) and the National Institutes of Health (NIH) to invest in science?
Story at Technology Review

POLITICAL SCIENCE
Looks like a Winner | quantifying effect of appearance on election outcomes
New research from MIT political scientists shows how much the appearances of politicians influence voters — and that people around the world have similar ideas about what a good politician looks like. While few political observers would be surprised to learn that good looks earn votes, the MIT researchers have quantified a phenomenon that is more often assumed to be true than rigorously measured.
Story by Peter Dizikes at MIT News

Gamelan Galak Tika teams up with Kronos Quartet for premiere of "Super Collider"
On August 13 in Manhattan, Music and Theatre's Gamelan Galak Tika (a Balinese gamelan directed by Professor of Music Evan Ziporyn) will team up with the Kronos Quartet for the world premiere of MIT alum Christine Southworth's composition, "Super Collider." Part of the Lincoln Center Out of Doors Series, the concert will also feature a set of new gamelan instruments designed by current and former MIT students.
More 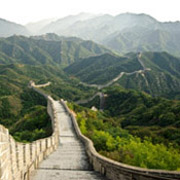 The Reluctant Traveler | A Travel Blog by Jay Keyser
"I have been to over 40 countries (Africa seven times) and have always come back a nervous wreck. The blog is drawn from journals that I write while traveling. These journals are to me what Prozac is to others."
More


Henry Jenkins | Reflections on a career at MIT
In conversation with William Uricchio, Henry Jenkins returns to reflect on his time at MIT and offers insights into MIT culture, the state of digital cultures and new media, and why the humanities are an invaluable part of an MIT education.
Watch


Political scientist Gabriel Lenz on WBUR
Associate Professor of Political Science Gabriel Lenz has studied how much a candidate’s appearance affects an election’s outcome, and the answer is “a lot.”  In this audio clip, Lenz speaks with WBUR’s Deborah Becker about the rise of Senator Scott Brown  — and weighs in on which candidate might hold the edge in the 2010 race for Massachusetts governor.
Listen

Find us on Facebook
Great Fans Change the World 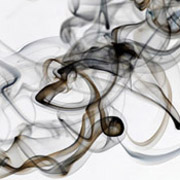