A section of Said and Done
Full October 2015 edition

ECONOMICS + LINGUISTICS
QS ranks MIT Economics and MIT Linguistics top in the world
For the fourth straight year, QS World University Rankings has named MIT the top university in the world. Two MIT-SHASS departments — economics and linguistics — have been ranked as the finest in the world in their respective fields.
Story | QS Linguistics | QS Economics


MIT European Club funds fellowships in the MIT-SHASS MISTI program
Since 2011, the MIT European Club has given $145,000 to the MIT International Science and Technology Initiatives (MISTI) to fund internships in Europe. “For many of us,” says MIT President Rafael Reif, “coming to MIT gave us the feeling that we had ‘come home.’ By making it possible for MIT students to engage in MISTI internships in Europe, the members of the MIT European Club have found a beautiful way to share their experience of the power of being ‘home’ in two places. This act of giving back speaks to the deepest values of MIT.”
Story


3 QUESTIONS ON DIGITAL EDUCATION
“Visualizing Japan,” humanities MOOC, is a finalist for The Japan Prize
In a Q&A, course co-founder Shigeru Miyagawa, MIT Professor of Linguistics and Kochi-Manjiro Professor of Japanese Language and Culture, discusses his pioneering online course and its impact on education. The Japan Prize, an international award for educational broadcast and digital-media programs, is sponsored by NHK. The "Visualizing Japan" MOOC is a finalist in the Creative Frontiers category.
Story by SHASS Communications “One student doing research on the use of MOOC material for classroom teaching measured the amount of time that the teacher (me) was speaking and also the students. He found that during the traditional lecture class, I was speaking 80% and students 20%. But in the flipped class format, it was 50-50. The students were much more engaged.”  —Shigeru Miyagawa, MIT Professor of Linguistics and Kochi-Manjiro Professor of Japanese Language and Culture

MISTI
Winners of first annual #myMISTI video contest announced
Winning videos demonstrate what it's like to be an MIT student interning, researching, and teaching around the globe.
Story and Videos

POLITICAL SCIENCE
DeBenedictis-Kessner receives American Political Science Association Award
Justin DeBenedictis-Kessner, a PhD student in American Politics, has been selected as the 2015 Norton Long Young Scholar of the Urban Politics section of the APSA, for a paper entitled, “Asleep at the Switch: Local Public Services and Municipal Accountability.” The award is given to a young scholar who has submitted an exceptionally strong proposal for presentation at the APSA annual conference.
Webpage 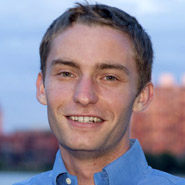