A section of Said and Done
Full January 2018 Edition

MUSIC
In “Lamentations,” Peter Child ties biblical texts to current refugee crisis
Child, Class of 1949 Professor of Music and MacVicar Faculty Fellow, says that his new work was inspired by “the crisis we’re living through in terms of migrant people and refugees and undocumented people here in the United States … whole peoples being maligned and ignored who are suffering and are constantly stateless.”
Story in the Boston Globe

ECONOMICS
Robots Can't Vote, but They Helped Elect Trump | Daron Acemoglu
The accompanying map, which was produced by Daron Acemoglu of MIT and Pascual Restrepo of Boston University, shows the size and scope of the region that has borne the brunt of postindustrial modernization. It is not a coincidence that this map sheds light on President Trump's Electoral College victory in 2016. “My take is that grievances, both racial and against cosmopolitan, liberal elites, have played an important role,” Acemoglu wrote me in an email: But economic hardships, as they often do, made these fault lines more salient. Dormant grievances have become more alive.
Story at The New York Times 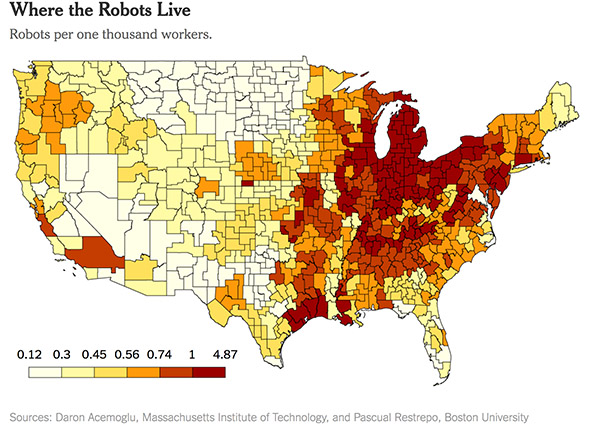 ECONOMICS
What good is an economist? | Jean Tirol
The Wall Street Journal's Philip Delves Broughton writes that Visiting Professor and MIT alumnus Jean Tirole’s new book, Economics for the Common Good, offers “an ambitious yet accessible summary of his ideas on the proper role of economists and the value of their ideas in informing government, business and social life.”
Story at Wall Street Journal (subscription required)


SCIENCE WRITING
2017 was a record-high year for billion-dollar US disasters | Zara Hirji ’13
“2017 set a new record for big, costly disasters in the United States,” writes Zara Hirji ’13, “The nation was struck by 16 hurricanes, wildfires, and other natural disasters last year, each with losses exceeding $1 billion. Combined, these weather and climate disasters cost about $306 billion, according to new data from the National Oceanic and Atmospheric Administration (NOAA).”
Story at BuzzFeed 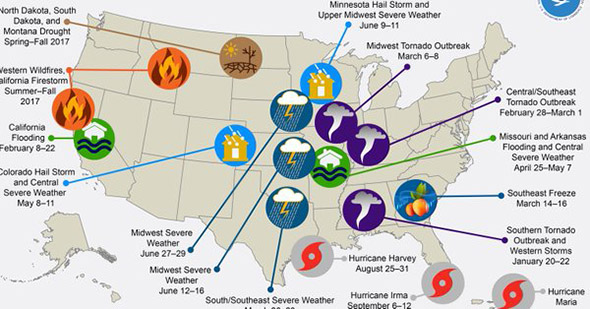 SCIENCE, TECHNOLOGY, AND SOCIETY
Tech backlash grows as investors press Apple to act on children’s use | Sherry Turkle
“Over the past 10 years, there’s been a bottom-up backlash,” says MIT professor Sherry Turkle. “You see it in things like people not sending their kids to schools that use iPads, and kids telling their parents to put their phones down.”
Story at The New York Times 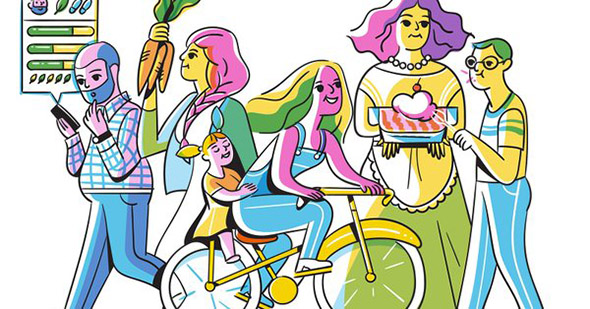 A section of Said and Done
Full January 2018 Edition