Each New Year brings hope for the future, but 2021 holds great promise. This year’s unprecedented and remarkable challenges have tested our community, but we are emerging resilient and strong. And the arriving vaccines will soon enable us and others around the globe to rebuild and begin refashioning our shared world for the better. As this year comes to a close, I hope you and yours will enjoy very happy, safe, and restful winter holidays. And now, with a nod to the season, here follows the December 2020 Media and Awards Digest — with a preview in verse!

‘Twas the week before break,
Our virtual community scattered across rooms,
Meetings still held almost always in Zooms.
Exams to be graded, papers to read,
Proposals to write with lightning speed.
What’s this request...a welcome distraction?
It's CNN, seeking Charles for the election.
Work of the Future, a virus vaccine!
The media needs content, for page and screen,
Justin on distance, Vipin on Korea —
Almost as much coverage as the robot cheetah!
Reporters are swamped, attention spans short,
To flesh out their stories, they need our support.
So again my warm thanks for all that you do —
Best holiday wishes from me to you! 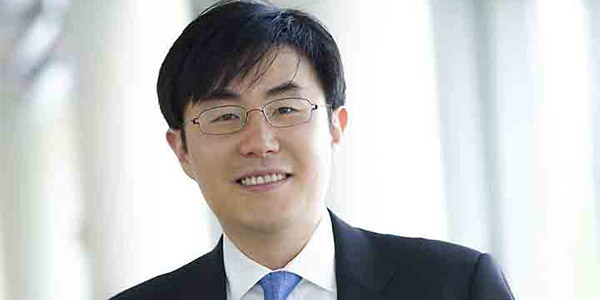 POLITICAL SCIENCE
In Song Kim receives the 2021 Levitan Prize
The $30,000 prize from the MIT School of Humanities, Arts, and Social Sciences will support his work on a new book, entitled Trade Politics with Firms and Products which explores the impact of global changes in trade policies. Kim is Associate Professor of Political Science and a Faculty Affiliate of the Institute for Data, Systems, and Society at MIT.
Webpage

LINGUISTICS
Colin Philips '96 elected as a Fellow of the AAAS
Philips (PhD 1996) was elected a Fellow of the AAAS for his “outstanding contributions to psycholinguistics, advocacy for Linguistics and Language Science, superior mentorship and teaching, and a vision of what linguistic education should be.” There are now 55 AAAS fellows in the Linguistics and Language Science — of whom about one third are MIT alums or faculty.
Announcement of 2020 AAAS Fellows | Colin Philips webpage

POLITICAL SCIENCE
Nazli Choucri elected as a Fellow of the AAAS
Choucri is a professor of political science, a senior faculty member at the Center of International Studies (CIS), and a faculty affiliate at the Institute for Data, Science, and Society (IDSS). She works in the areas of international relations, conflict and violence, and the international political economy.
Story at MIT News | Nazli Choucri webpsite

ECONOMICS
Anna Mikusheva honored as Committed to Caring
Mikusheva, Associate Professor of Economics, has a deep regard for her students, describing them as “wicked smart" and "very, very talented.” Nominators say she acknowledges students' expertise and trusts their judgment. Students also mention that Mikusheva's support gives them renewed energy to pursue their research.
Story | Anna Mikusheva webpage 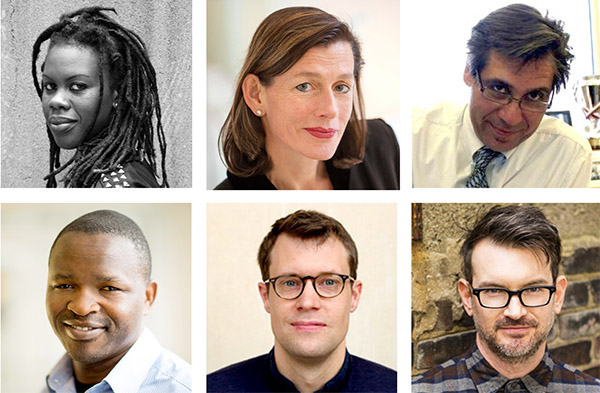 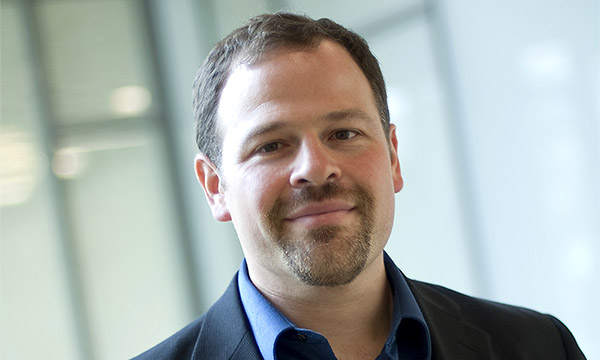 THE NEW YORKER
The deadly cost of America' pandemic politics | article quotes Adam Berinsky
Berinsky, a political scientist at MIT, "who studies the links between public opinion, misinformation, and political polarization, says a key problem about pandemic information in the U.S. has arisen because, in a networked age, fringe misinformation spills easily into mass consciousness. "By polluting the information ecosystem, they cause others to doubt," Berinsky says, "Much of the responsibility for quelling misinformation rests with our politicians. It starts at the top. Had there been a unified response from elected leaders, there would have been more unified attitudes among the public.'"
Story at The New Yorker | Related: Berinsky on the responsibilities of political leaders

FRONTLINE
Executive Producer Raney Aronson-Rath talks with OpenDocLab
What does it mean for a national investigative journalism organization to innovate in a disrupted media landscape?
Story at Frontline

THE WASHINGTON POST
The suburbs are the new swing constituency | Charles Stewart III
Stewart writes, "If there really is a meaningful rural-urban continuum in electoral politics, these are the system's median voters." White, middle-class voters in small cities and the suburbs of big cities "may become the swing voters most chased by presidential campaigns."
Commentary at The Washington Post

SALON
Grappling with a divided nation | MIT Election Lab
Biden attracted more poor and low-income voters than President Trump both in the aggregate and in key states like Michigan. Last week, the director of the MIT Election Data and Science Lab noted that this "appears to be the biggest demographic shift I'm seeing. And you can tie that to [Trump's] tax cuts [for the wealthy] and lower regulations."
Story at Salon | MIT Election Lab

NBC
Voters acted swiftly but USPS delays disenfranchised thousands | Charles Stewart III
“I'm not about to give a participation trophy to the USPS this time,” said Stewart. “But I will give credit to voters who got the message and heeded the warnings about the possibilities that their ballots wouldn't get delivered and got them in on-time...It was really heartening to see not only the experiment going well, but everything it took to make it happen."
Story at NBC 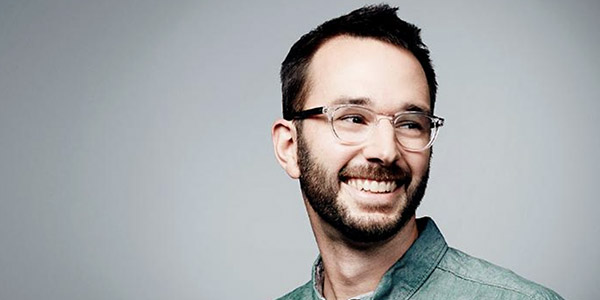 CNN
An expert's advice on talking to the climate skeptic in your life | John D. Sutter
MIT Knight Science Journalism fellow Sutter writes, "Only 35% of Americans talk about climate change at least occasionally, according to estimates from the Yale Program on Climate Change Communication."
Commentary at CNN | John Sutter, KSJ at MIT

THE NEW STATESMAN
The problem with philanthropy | Sally Haslanger
Haslanger, the Ford Professor of Philosophy at MIT, writes: "There’s no question that individuals giving to worthy causes provides important relief from states' failures to promote justice and wellbeing. Philanthropy can also provide key support to resistance movements. Yet...there is reason to be concerned about the political significance of large-scale philanthropy. Large-scale philanthropy is an exercise of power that is fundamentally anti-democratic.
Commentary at The New Statesman | Sally Haslanger webpage

CNN
How Biden should confront China | Jonathan Gruber, Simon Johnson
The two MIT economists propose that the United States could fund innovation hubs in red states and other areas — away from traditional centers, such as Silicon Valley — kickstarting local economies and reducing income inequality.
Story at CNN  | Related: Jump-Starting America by Gruber and Johnson

WORK OF THE FUTURE REPORT

CNBC
Here's how the workforce will change in the coming decades
What we see changing in terms of demand for workers is a desire to have both some level of comfort with technology, whether that's data analysis or working with tablets, along with social skills and having a real comfort with human interaction.
Story at CNBC

FORBES
Five predictions for the manufacturing industry in 2021
Despite the doomsday headlines of years past, it's clear by now that automation is not just replacing existing work but creating new work. This is a crucial takeaway from MIT's recent report, The Work of the Future: Building Better Jobs in an Age of Intelligent Machines. [Note: The new jobs are not necessarily being filled by those who have lost jobs to tech-innovation, however, and the report also calls for better social safety nets and policies to ease the disruption of technology on lives and communities.]
Story at Forbes

AXIOS
Touchless travel could threaten airport jobs
A new report from MIT's task force on the Work of the Future makes the case that worries about automation and AI leading to widespread job destruction are likely overblown. As with other technological shifts, the researchers found some jobs are destroyed by automation and AI while others are created. [Note: The new jobs are not necessarily being filled by those who have lost jobs to tech-innovation, however, and the report also calls for better social safety nets and policies to ease the disruption of technology on lives and communities.]
Story at Axios

AXIOS
Remote learners may suffer in the new economy
"Education and training are central to helping the current and next generation thrive in the labor market," said Elisabeth Reynolds, executive director of the MIT Task Force on the Work of the Future, at an event last week.
Story at Axios

WBUR
U.S. is back at the head of the table | Jim Walsh
President-elect Joe Biden said "America is back, read to lead the world" as he introduced his national security team. MIT Senior Research Associate Jim Walsh assesses the impact of the new approach and the challenges the president-elect will face.
Listen at WBUR

VOX
Four looming foreign policy crises | Vipin Narang
“North Korea is one of those challenges that no one really wants to deal with right now, since there are no easy solutions or pathways to slowing down the growth of the program," says Narang, Associate Professor of Political Science. "But Kim has a way of putting himself back on the high-priority list."
Commentary at Vox

At-A-Glance List of Pandemic-related Media Publications from MIT SHASS
An ongoing list of commentaries from our School community to inform policy and to increase public understanding of the pandemic.
Collected Publications

EDUCATION | DURING AND AFTER THE PANDEMIC 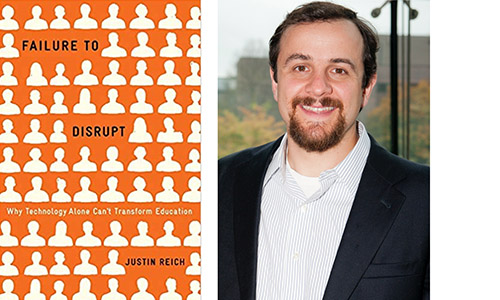 FORBES
Every education investor and entrepreneur needs to read this book by Justin Reich
"In a few dozen pages, Reich lays out the embarrassing cycle of copied ideas, massive hype, enormous wasted funding and the unmet promises of edtech — why so many innovations and companies find only dramatically downsized and incremental uses, leaving education fundamentally not disrupted over and over again."
Read story at Forbes

INSIDE HIGHER EDUCATION
Three ideas for more effective online teaching | Sherry Turkle
"Before the pandemic, I found most students preferred sending texts to their friends rather than conversing with the person seated next to them. Sherry Turkle, the Abby Rockefeller Mauzé Professor of the Social Studies of Science and Technology at MIT, defines this digital age phenomenon as 'being alone together.'"
Opinion at Inside Higher Education

NPR
5 things we've learned about virtual school in 2020 | Justin Reich
Reich says that across the country this fall, "I've heard very little evidence of innovation." Even moves that might seem relatively simple, such as adopting a free, online university-level course for use by high school students, aren't happening often. Mostly, he adds, districts are trying to re-create classroom teaching routines online with varying levels of success.
Commentary at NPR  | Related story at NBCBoston

Subscribe to Said and Done
10 issues a year. Sometimes 11!

Computing and AI: Humanistic Perspectives from MIT
Browse the Series