A section of Said and Done
Full April 2019 edition

SCIENCE WRITING
Seth Mnookin receives NEH grant and a Guggenheim award
Mnookin has been awarded a 2019 grant from the National Endowment for the Humanities for his work on a historical and contemporary narrative of aging and longevity research, reviewing the scientific and cultural implications of extending the human lifespan. He has also received a Guggenheim award from the John Simon Guggenheim Memorial Foundation, which offers Fellowships to artists, scholars, and scientists in all fields. Mnookin is the award's sole recipient this year in Science Writing.
2019 NEH recipients | Guggenheim announcement | Mnookin's MIT webpage

ECONOMICS
Indira Puri named a 2019 Paul & Daisy Soros Fellow
Selected from a pool of 1,767 applicants for their potential to make significant contributions to United States society, culture, or their academic fields, the 2019 Fellows are all the children of immigrants, Deferred Action for Childhood Arrivals (DACA) recipients, green card holders, or naturalized citizens. Indira Puri is a PhD candidate in economics. With degrees in mathematics, computer science, and economics, Indira draws on her multifaceted experience in approaching research.
Story | Past Soros Fellows from MIT

MUSICOLOGY
Notre Dame can be rebuilt, but its sound may be gone forever | Michael Scott Cuthbert
"Like so many people on Monday, I tuned in to the news of the fire in Notre Dame Cathedral in Paris. As others watched flames consume a place of devotion, a symbol of resistance through revolution, or an architectural marvel — as a medieval music historian, I mourned for the unrecorded sounds that will now never be heard again."
Commentary in the LA Times

SCIENCE WRITING
Kendra Pierre-Louis '16 shares what it's like to be a New York Times climate reporter
On March 27th, the City Club of Boise welcomed Pierre-Louis to discuss reporting on climate for the New York Times on the climate desk where she reports on climate science and the social impacts of climate change. Kendra is also the author of Green Washed: Why We Can’t Buy Our Way to a Green Planet.
Podcast

SCIENCE WRITING
Game over, the Chinese have won | Tom Levenson
Levenson argues that fears about China’s potential to dominate 5G demonstrate the need for the U.S. to invest in scientific research. Which nation will drive the study of our universe over the next century? "If the US loses its dominance over scientific research, the consequences will exceed — and outlast — any short-term commercial gains."
Commentary in The Boston Globe 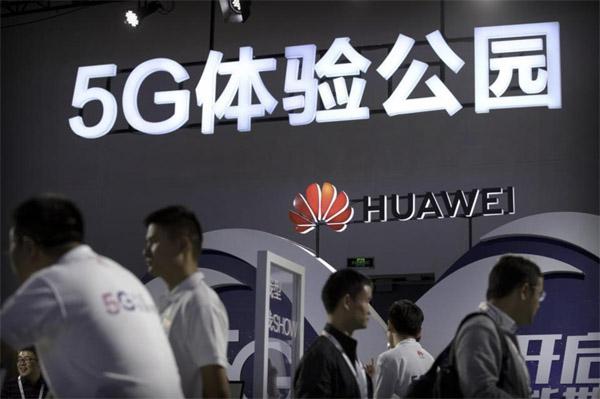 COMPARATIVE MEDIA STUDIES
Why the Olympic Games are steering clear of e-sports | T.L. Taylor
“I think sometimes that's said a little flippantly, ‘Why do we need the Olympics?'” said Taylor, a comparative media studies professor who studies gaming and internet culture. “There really is this idea that people just aren't actually sure what you get by joining with the Olympic movement.”
Story at Fortune

THE GAME LAB
How to build the Matrix | Rizwan Virk
While the central question raised by “The Matrix” sounds like science fiction, it is now debated seriously by scientists, technologists and philosophers around the world. As a founder and investor in many video game startups, I started to think about this question seriously after seeing how far virtual reality has come in creating immersive experiences.
Story at TechCrunch

SCIENCE, TECHNOLOGY, AND SOCIETY
In the age of screens, families are spending more time "alone-together" | Sherry Turkle
The data alone do not explain whether time together is compromised by devices. MIT Professor Sherry Turkle coined the term “alone together” to label our heightened disconnection, which she said has resulted in kids not knowing how to empathize with each other or communicate effectively. “Across generations, technology is implicated in this assault on empathy,” she wrote in The New York Times.
Story at Quartz 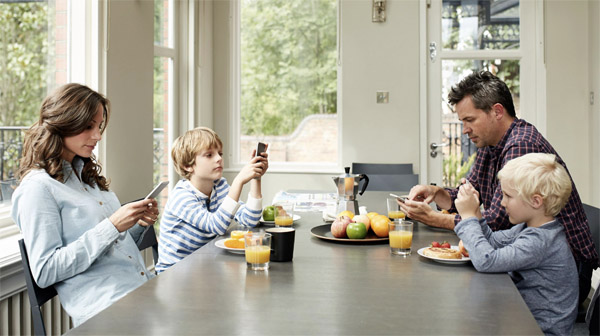 SCIENCE, TECHNOLOGY, AND SOCIETY
Chernobyl – then and now | Kate Brown
On this week's Tech Nation, MIT historian Brown talks about her new book Manual for Survival: A Chernobyl Guide to the Future. She looks at the long term impact of Chernobyl on humans, on the environment, on the politics of governments with nuclear capabilities, and even on international humanitarian organizations.
Tech Nation podcast

SCIENCE, TECHNOLOGY, AND SOCIETY
Looking back at Chernobyl | Kate Brown
Brown tells us what she uncovered during decades of researching the Chernobyl disaster.
Story at the Economist

SCIENCE, TECHOLOGY, & SOCIETY
Human contact is now a luxury good | Sherry Turkle
“But the holdup is this: Not everyone wants it, unlike other kinds of luxury products,” said Turkle. “They flee to what they know, to screens. It's like fleeing to fast food.”
Story at New York Times

ECONOMICS
What if elite colleges switched to a lottery for admissions? | Parag Pathak
Pathak, an MIT economist, helped design OneApp. He agrees the main benefit of admissions lotteries is that they set ground rules everyone can agree on: "They make the process transparent in terms of the rules."
Story at NPR 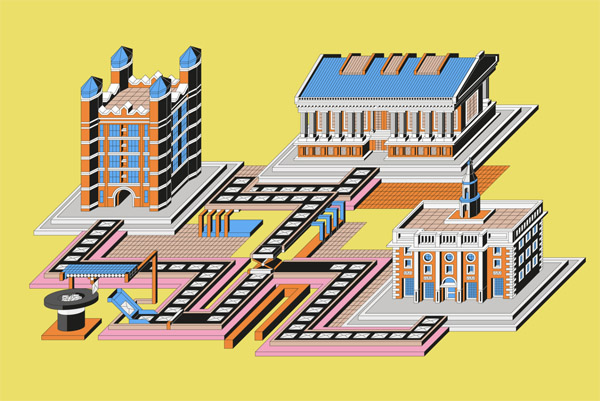 Image by Peter Judson for NPR

ECONOMICS
What Alan Krueger taught the world about the minimum wage, education, and inequality
His work on education with co-authors like MIT's Joshua Angrist and Mathematica's Stacy Dale brought new attention to the ways in which statistical analyses can lead to wrong conclusions.
Story at Vox

ECONOMICS
The case for extending basic income to children | Abhijit Banerjee
It is a misconception that receiving public assistance makes people more likely to have large families, but in some countries with dramatically declining birth rates, governments are stepping up child-related benefits in the hopes of curbing the decline. MIT economist Banerjee comments, “if you are talking about the rich countries where lack of population growth is the problem there is no reason not to pay households extra for children."
Story at Forbes


ECONOMICS
On Senator Elizabeth Warren's universal childcare plan | Jonathan Gruber
Boston Public Radio speaks with Gruber, the Ford Professor of Economics at MIT, who was instrumental in creating both the Massachusetts health care reform and the Affordable Care Act, about Senator Warren's plan to implement universal child care in the United States.
Conversation at WGBH 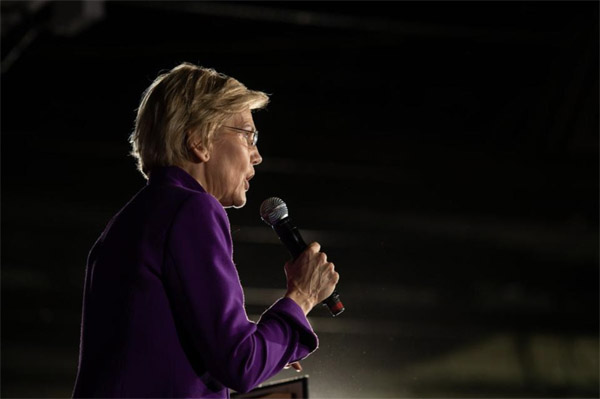 ECONOMICS
Repeal of the ACA would allow insurers to discriminate against the sick | Jonathan Gruber
The Department of Justice is now supporting a full legal dismantling of the Affordable Care Act. Katy Tur is joined by MIT economist Gruber, former RNC chairman Michael Steele, and NBC's Pete Williams to discuss the impact this would have on health care policy.
Story at MSNBC

ECONOMICS
Slower growth in aging economies is not inevitable | Daron Acemoglu
Technology may at some point overcome the stifling effect of aging. In a new paper MIT economist Acemoglu and Pascual Restrepo of Boston University find that when young workers are sufficiently scarce, manufacturers invest in more automation, and experience faster productivity growth as a result.
Story at The Economist

ECONOMICS
How automation turns us into Trump voters | Daron Acemoglu
“The swing to Republicans between 2008 and 2016 is quite a bit stronger in commuting zones most affected by industrial robots,” said MIT's Acemoglu. “You don't see much of the impact of robots in prior presidential elections. So it's really a post-2008 phenomenon.”
Story at Gizmodo

ECONOMICS
It will take more than transparency to reduce drug prices | Sara Fisher Ellison
Economists and analysts, who applaud the efforts to bring clarity to what is now a murky pricing system, doubt the effort will cut total spending on prescription drugs. "They're trying to ... improve the function of the market," says MIT health economist Ellison. "But, to be honest, they probably missed the mark."
Story at NPR

POLITICAL SCIENCE
Trump administration bracing for North Korea's next move | Vipin Narang
"We may not know until it's on the stand," according to MIT political scientist Narang, who focuses on nuclear proliferation and strategy. Narang told CNN that [the missile] entirely depends on the type of engine and the payload it is carrying.
Story at CNN 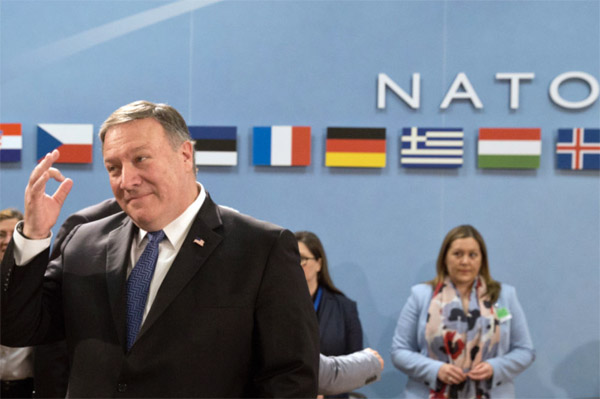 POLITICAL SCIENCE
North Korea pulls out of liaison office with the South in blow to warming ties | Vipin Narang
Narang, an MIT political scientist, described the latest development as “ominous” but agreed it was more likely a pressure tactic than a sign of an irrevocable rift. “The optimistic view is it is very calibrated signaling designed to get the US to move away from insisting on complete surrender up front,” he said.
Story at The Washington Post

POLITICAL SCIENCE
Mike Pompeo again refuses to blame Kim Jong Un for Otto Warmbier's death | Vipin Narang
“The administration is trying to square the circle between holding the regime responsible for its treatment of Otto Warmbier, but not criticize Kim directly — who they are trying to keep from testing a satellite launch vehicle, or worse, and to keep the diplomatic process from completely imploding."
Story at HuffPost


ECONOMICS
Jonathan Van Ness chats with Daron Acemoglu on "Getting Curious" podcast
Just last month, Van Ness brought a tiny taste of his comedic musings to our neck of the woods, doing a live version of his “Getting Curious” podcast and interviewing Daron Acemoglu, the Elizabeth and James Killian Professor of Economics at the Massachusetts Institute of Technology, at the Museum of Science in front of a full house.
Details at Boston Herald

ALUMNI
Giants' Bochy and Zaidi timelines merging for 1 crossover season
After graduating from MIT and earning a doctorate in behavioral economics from UC Berkeley, [Farhan] Zaidi took a low-level opening as an assistant in the Oakland Athletics' baseball operations department. It was not a conventional path for a person with Zaidi's scholastic credentials, but he thrived.
Story at Mercury News

HISTORY
Art review paints Caribbean with too broad a brush
Malick Ghachem, associate professor of history, writes "There are many difficulties with defining Haiti's history as a simple story of 'centuries of poverty.' One such problem is that Haiti generated tremendous amounts of wealth in the 18th century (presumably one of the 'centuries' at issue in Murray Whyte's description)."
Letter at the Boston Globe


A section of Said and Done
Full April 2019 edition