MIT SHASS IN THE MEDIA

LITERATURE
The Bartlemeister | Wyn Kelley discusses Herman Melville's “Bartleby, the Scrivener”
“I would prefer not to” is Bartleby’s slogan — as familiar on Herman Melville T-shirts as the words that open Melville’s Moby-Dick: “Call me Ishmael.” But how different is the short story, “Bartleby the Scrivener,” from the great American novel — except that they’re both perfect Melville, in his 200th-birthday season.
Discussion at WBUR's Open Source

ECONOMICS | WORK OF THE FUTURE
How to make sure robots help us, not replace us | David Autor
“You can always light up a boardroom” by promising to replace people with robots, says David Autor, an MIT economist and co-chair of the task force. It’s harder, Autor says, to get buy-in for robots and other forms of automation that complement human work while improving quality, consistency, and scalability.
Story at Bloomberg

COMPARATIVE MEDIA STUDIES
Are we living in a simulated universe? Here's what scientists say. | Rizwan Virk
Virk, founder of the Massachusetts Institute of Technology's PlayLabs program and author of The Simulation Hypothesis, is among those who take the simulation hypothesis seriously.
Commentary at NBC

SCIENCE, TECHOLOGY, AND SOCIETY
The simple idea behind Einstein's greatest discoveries | David Kaiser
It took several years for Einstein to accept that space and time are inextricably interwoven threads of a single space-time fabric, impossible to disentangle. “He still wasn't thinking in a fully unified space-time sort of way,” said David Kaiser, MIT physicist and historian of science.
Story at Wired

PHILOSOPHY
The new vision in analytical philosophy | Scott Soames, PhD '76
In his "wonderfully engaging" new book The Analytic Tradition in Philosophy, Volume 2: A New Vision, Soames continues his definitive history of analytic philosophy from the invention of modern logic in 1879 to the end of the twentieth century. A leading philosopher of language and historian of analytic philosophy, Soames provides the fullest account of the analytic tradition yet published.
Book at Princeton University Press | Review at Notre Dame Philosophical Reviews

Casting the Vote raises hard questions about democracy | MTA theater production
"How do you make an audience care about the mechanisms of democracy, and more fundamentally, how it was being systematically undermined? Was there a way to make the facts and reams of data “performative” in a way that engaged audiences? This question led me to seek collaboration with Charlotte Brathwaite, a director with a reputation for collapsing the walls between disciplines in her site specific works. Janani Balasubramanian “re-mixed” my research into a script that highlighted the history and the struggles of voting rights in the United States."
Commentary from veteran journalist June Cross

Bursting onto the stage like a "bat out of hell" | Jay Scheib​
Scheib said he was attracted to “Bat Out of Hell” specifically because of its reputation as an unstageable work. “I've inherited a lot of impossible projects in my career, so that part made a lot of sense to me,” he said.
Story at The New York Times 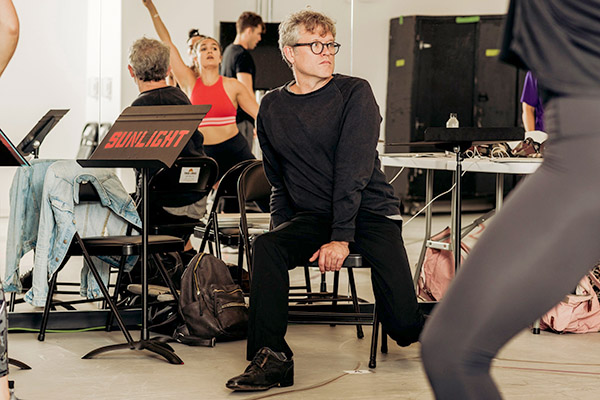 Jay Scheib oversees rehearsals for "Bat Out of Hell"; photo via NYT

How automation is cutting into workers' share of economic output | Daron Acemoglu
Recent research by Acemoglu and Pascual Restrepo of Boston University outlines an eye-opening new way of analyzing technology's effects on workers. Automation always eliminates jobs, they note, and technology also creates new jobs. That may be common knowledge, but comprehensive figures on tasks eliminated and created by technology were not readily available.
Story at Fortune

The economics of apologies | Basil Halperin
In a new large-scale field study, Halperin and economists from Vassar and University of Chicago find apologies are important in avoiding the collapse of personal, workplace and business relationships. Business apologies, however, can be tricky, and it's not always clear whether customers value them.
Story at Forbes | Paper at the National Bureau of Economic Research

More hidden fees may be on the way from Trump's China trade war | Diego Aparicio
Research from Profs. Aparicio and Rigobon finds that in recent years it has become almost impossible for companies to raise prices. Instead they resort to "shrinkflation" — reducing the size of products or their quality while charging the same price.
Coverage at Axios

Bonds meet the four criteria for a bubble | based on work of Charles Kindleberger
Longview Economics Chief Market Strategist Chris Watling published a fascinating research note last week applying the framework introduced by Charles Kindleberger in his book Manias, Panics, and Crashes. Kindleberger was an economist at the Massachusetts Institute of Technology for many years and his book has long been taken as the definitive exposition on how markets veer out of control.
Story at Bloomberg

Here’s a realistic plan to jump-start U.S. growth | Jonathan Gruber and Simon Johnson​
Two MIT economists have come out with a big, bold plan for reviving U.S. economic growth. In their new book, Jump-Starting America: How Breakthrough Science Can Revive Economic Growth and the American Dream, they lay out a bold program to boost federal spending on science and technology, focusing on regions where growth is lagging.
Article at Bloomberg 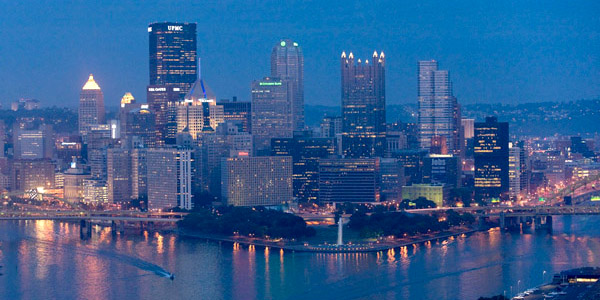 One of Gruber and Johnson's "innovation hubs"; photo by Saul Loeb/AFP/Getty Images

The El Paso shooting isn't an anomaly. It's American history repeating itself.
Historically, power transitions between ethnic groups have led to violence. Vox draws on MIT political scientist Roger Petersen 's 2002 book Understanding Ethnic Violence in examining America's epidemic of gun violence. Petersen argued that ethnic killing is often caused by a particular kind of collective resentment: the feeling of injustice on the part of a privileged portion of society when it sees power slipping into the hands of a group that hadn't previously held it.
Commentary at Vox 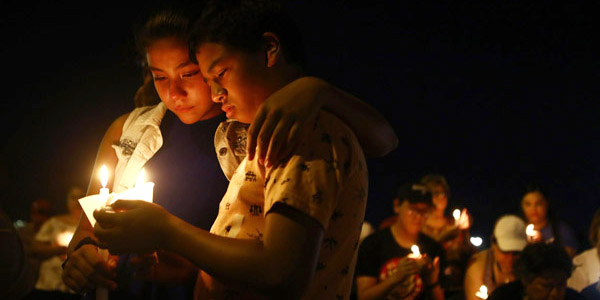 August candlelight prayer vigil near the scene of the mass shooting; photo by Mario Tama/Getty Images

How trashy TV enabled a wave of populist leaders | Ben Olken
Benjamin Olken, an MIT economics professor who pioneered the broadcast-tower analysis used by the Italian team, said the research added to evidence that “TV that's not explicitly about politics can have an effect on politics.” In a 2009 analysis published in the American Economic Journal: Applied Economics, Olken analyzed differences in TV and radio signals in 606 villages on the Indonesian island of Java to show how greater access to broadcast media corresponded with lower civic participation and lower levels of trust.
Story at the Washington Post


Saudi Arabia must dismantle the male guardianship system | Hala Al-Dosari​
Al-Dosari writes for the The Washington Post as its first Jamal Khashoggi fellow: "Speculation abounds about the real intentions of the kingdom. But there's no question that any changes in the restrictions imposed on women in Saudi Arabia, no matter how trivial, would improve the quality of their lives. What is worrying, though, is the state's slow, piecemeal approach to the crippling system of male guardianship—a system that must be entirely uprooted."
Commentary at The Washington Post 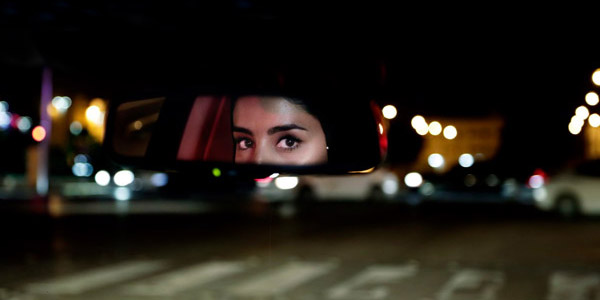 A Saudi woman goes for a drive at midnight; photo by Nariman El-Mofty/AP

Why can't the most lethal military in history win its wars? | Barry Posen
Just after victory in the Persian Gulf in March 1991, a very wise MIT foreign relations expert named Barry Posen had cautioned foreign policy decision-makers, “Don't get the idea it will always be this easy. The terrain was favorable to our high-tech weapons, and we were up against a second-rate gangster. We must not confuse what we did here with using military power to redirect the domestic politics of a society.” Posen's warning fell on deaf ears in Washington.
Story at The Daily Beast

Failed Russian nuclear test hints at Putin's plans | Vipin Narang
Experts say all the evidence points toward it being a test of the rocket that Putin announced. "There's really no other possible scenario for this," said Vipin Narang, a political scientist and professor at MIT who focuses on nuclear weapons. The deadly explosion came days after the United States scrapped the Intermediate Nuclear Forces Treaty, complaining Russia had violated the pact banning ground-based nuclear weapons of a certain range.
Coverage at NBC

Missile test site explosion raises questions | Jim Walsh
There have been funerals for the five Russian nuclear engineers killed in an explosion at a test site last week. The engineers were testing a new missile, which raises important questions about the future of nuclear competition between the United States and Russia.
Conversation at NPR's Here and Now

Defense Chief Esper wraps up Asia trip under pressure | Vipin Narang
The land-based missiles would perhaps be less costly than existing air- and sea-based projectiles, says Vipin Narang, a political scientist at MIT. The U.S. says the weapons would be conventional, and defensive in nature. But China will not see it that way, Narang predicts.
Story at NPR

Oguzhan Ozbas, PhD '02, appointed as one of Turkey central bank deputy governors
The Turkish central bank said on Saturday that Borsa Istanbul CEO Murat Cetinkaya and Oguzhan Ozbas have been appointed as deputy governors at the central bank. Ozbas started his professional career at the Ford Motor Company, working in its treasury department until 1998. He completed a PhD in financial economics at Massachusetts Institute of Technology (MIT) between 1998 and 2002.
Story at Reuters

ECONOMICS
Simon Jäger, Samuel Young, and Sean Wang receive Washington Center for Equitable Growth grants
The topics of the funded research are central to addressing the challenges faced by U.S. workers and their families. Erin Kelly, Hazhir Rahmandad, and Alex Kowalski, all of the Massachusetts Institute of Technology, will collaborate with a warehousing firm to study the impacts on both workers and the firm of unpredictable scheduling.
Equitable Growth announcement 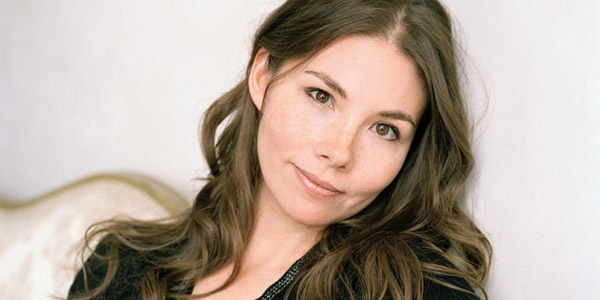 The Media + Awards Digest is a section
of Said and Done, the School's online newsletter.