A section of Said and Done
Full October 2018 edition

HEALTH ECONOMICS | COMPARATIVE MEDIA STUDIES
Amy Finkelstein and Lisa Parks win MacArthur Fellowships
Finkelstein, a health care economist, and Parks, a media studies scholar, have each been awarded the prestigious MacArthur award, colloquially known as the “genius grant,” which comes in the form of a $625K fellowship.
Story at MIT News  |  Finkelstein at MacArthur  |  Parks at MacArthur 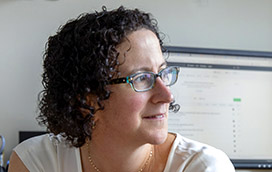 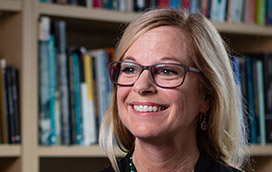 CLIMATE ECONOMICS
William D. Nordhaus PhD '67 wins Nobel Prize for climate economics
The award recognizes how economic forces can help curb climate change. A premise of Nordhaus's research: the environment is a public good, shared by all and yet not paid for in any adequate way. Nordhaus has shown the impact of carbon pricing on curbing climate change by perfecting integrated assessment models that simulate how such pricing affects both the economy and the Earth's climate — and depicts how they co-evolve. Paul M. Romer of New York University also received a Nobel Prize in Economic Sciences for climate-related research.
Commentary at The Conversation  |  Story at MIT News  |  Nobel website for Economic Sciences

SCIENCE, TECHNOLOGY, AND SOCIETY
Artificial intelligence: when humans coexist with robots | David Mindell
"People will still have a role working alongside smart systems...This hybrid decision-making should produce better results than either [humans or robots] working alone."
Article at Medium


HEALTH ECOMONICS
Can paying for a health issue as a whole save Medicare money? | Amy Finkelstein
A new study in JAMA examines a mandatory, randomized trial of bundled payments. In thr first look at the data, researchers examined post-acute care, an area where there is concern about overuse.
Story at New York Times  |  Study at JAMA


HISTORY
The cultural convictions that land some animals on the menu | Harriet Ritvo
With Harriet Ritvo, a historian at MIT, we explore brave attempts to change these cultural norms, including the “acclimatization movement” of the Victorian period, when well-meaning elites attempted to expand the range of protein available for a growing population by adding various exotic animals to their diets — almost always without success.
Story at the Atlantic


SCIENCE JOURNALISM
Food regulation: Only the brave dare eat the fare | Deborah Blum
"We’ll discuss the impact of Wiley’s legacy on food regulation today with Deborah Blum, author of The Poison Squad: One Chemist’s Single-Minded Crusade For Food Safety At The Turn Of The Twentieth Century."
Interview at 1a magazine

PHILOSOPHY
Idleness as flourishing | Book reviews by Kieran Setiya
"This year brings three new books in praise of wasting time: a manifesto by MIT professor Alan Lightman; a critical history by philosopher Brian O’Connor; and a memoir by essayist Patricia Hampl. Each author finds a way to write in the spirit of idleness.
Commentary at Public Books

SCIENCE, TECHNOLOGY, AND SOCIETY
Artificial intelligence: when humans coexist with robots | David Mindell
In this version of the future, people will still have a role working alongside smart systems: either the technology will not be good enough to take over completely, or the decisions will have human consequences that are too important to hand over completely to a machine. This hybrid decision-making should produce better results than either [humans or robots] working alone.
Article at Financial Times


SCIENCE WRITING
MIT's Marcia Bartusiak on understanding our place in the universe
Bartusiak, an MIT Professor of Writing, discusses her new book Dispatches From Planet 3: Thirty-two (Brief) Tales On The Solar System, The Milky Way, And Beyond on Radio Boston.
Conversation at WBUR


SCIENCE, TECHNOLOGY, AND SOCIETY
It's okay to love robots | Sherry Turkle
"MIT's Sherry Turkle somewhat famously dissents from the praise given to these mechanical imitations. Turkle has long been working at the human-machine interface. Over the years, she has become more skeptical about the roles we assign these mechanical tools."
Story at Fast Company

CENTER FOR CIVIC MEDIA / CMS
Internet sleuths are hunting for China's internment camps | Ethan Zukerman
Satellite image analysis has been used for human-rights documentation in the past, said Ethan Zuckerman, director of the Center for Civic Media, who cited examples in Zimbabwe, Darfur, and Nigeria. “My skepticism would be, you'd need to know a lot about the document chain to know that...you're looking at a camp and not a tractor factory.”
Coverage at the Atlantic

The capacities gained in liberal arts study are "power skills" | Anant Agarwal
Commentary by Argawal, MIT EECS Professor and CEO of edXOnline, on why the critical thinking, communication skills, and historical/cultural perspectives gained in the liberal arts fields are hard-won, rigorously maintained power skills, vital for innovation and success.
Commentary at Forbes Online  |  Related: The Power of MIT's Humanities, Arts, and Social Sciences

The next generation of workers, executives, and leadership will need to have a hybrid skill set balancing an understanding of hard skills, like programming and analytics, with the power skills gained by studies in the liberal arts fields.

MIT ELECTION LAB
America's unfair voting laws | Charles Stewart III
Charles Stewart, a political scientist from the Massachusetts Institute of Technology, has found that black and Latino voters are particularly likely to lack such ID, and are disproportionately likely to be asked for it at polling stations.
Report at The Economist


MIT ELECTION LAB
How easy is it to vote in your state?  | Including data from the MIT Election Lab
Article at The Washington Post

POLITICAL SCIENCE
Who is to blame for the protests in Basra, Iraq? | Marsin Alshamary
Commentary at The Washington Post

CENTER FOR INTERNATIONAL STUDIES
Trump strikes softer North Korea tone at UN after speech a year ago | Jim Walsh
Walsh, a Research Associate at CIS, speaks to WBUR's Here & Now about President Trump's speech at the UN and about whether the meeting might lead to more talks between President Trump and Kim Jong Un.
Conversation at WBUR

SECURITY STUDIES
Has N. Korea's Kim won a propaganda coup? | Vipin Narang
Vipin Narang, a North Korea expert at MIT, said Kim's efforts this week fit into his new strategic line. "Nuclear weapons and ballistic missiles are quietly being mass-produced but Kim won't flaunt them. All attention and focus is on economic development."
Story at The New York Times


SECURITY STUDIES
North Korea still taking baby steps with Kim's missile site offer | Vipin Narang
Vipin Narang, a political science professor at MIT, said Kim offered “just enough to keep the charade going. But at some point Kim runs out of costless concessions to milk and make ... and then what?”
Article at The Guardian


SECURITY STUDIES
Experts underwhelmed by North Korea's promise to dismantle missile sites | Vipin Narang
Closing this missile site "may not be completely cost-free, but in the grand scheme of things it's not a particularly big step towards disarmament," says Vipin Narang, an arms control researcher at MIT. Narang notes this is the same site that North Korea promised to partially dismantle back in June.
Story at National Public Radio


SECURITY STUDIES
North Korea is now under minimal pressure | Vipin Narang
The fact that Kim is milking a single test-site for basically months on end is pretty remarkable,” MIT arms control researcher Vipin Narang told NPR, referring to the politicking over the Tongchang-ri facility.
Article at The Washington Post


LABOR ECONOMICS
Married men earn far more than single men in America | David Autor
"At the same time, there's evidence that lower-income men are having trouble getting married. With fewer job opportunities, thanks to a decline in manufacturing and increased automation, blue-collar men are suffering from lower income and increased risky behavior."
Story at CBS

ECONOMICS
To raise interest rates or to leave them alone? The Fed must decide | John Van Reenen
"Think about Walmarts in retail, a much more low-tech type of sector. But what Walmart's done is that it's invested huge amounts of money in building up better software."
Conversation at NPR

A section of Said and Done
Full October 2018 edition

Said and Done is published by SHASS Communications
Office of the Dean, MIT School of Humanities, Arts, and Social Sciences
Published 16 October 2018