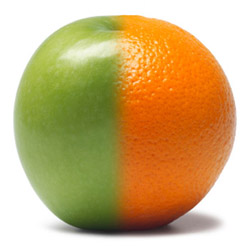 An ancient form of puzzle

Some people have scholarships named after them, or institutions, or laws of science. Philosophers, if they're lucky, have ideas named after them. Philosopher Stephen Yablo hit this high mark in graduate school by giving birth to the paradox now universally known as "Yablo’s Paradox," which provides a fresh look at a mind puzzle that philosophers call the "Liar Paradox."

“It’s my one claim to fame,” Yablo says jovially, “to have a paradox named after me.

The paradox first appeared in 1985," he says, "buried in a long formal semantics paper called "Truth and Reflection," that came out in Journal of Philosophical Logic. No one paid it much attention," he recalls, "until it reappeared, all by itself, in a one-page article, "Paradox without Self-Reference" published in Analysis."

Such logical puzzles,” Yablo notes, “have been around for 2,000 years, and people are always inventing new ones. They all seem to have something in common, which is that the sentence ends up turning on itself and referring to itself; that’s called circularity.”

Not all self-referring sentences contain paradoxes. For example, people sing, “Lord of all, to thee we raise this our hymn of grateful praise,” and the “this” is a reference to the hymn in which it occurs. But until Yablo’s paper appeared, all familiar semantical paradoxes contained self-references, as in, “What I’m telling you is a lie.” Well, if that’s true, then, given what it says, it's a lie. So how can it be true? If, on the other hand, it is not true, then that makes it a lie. And that is just what the sentence says; so it ought to be true after all.

Take a bunch of people in line at a theater

Yablo explains the idea behind his non-circular paradox with the following example. Imagine a bunch of people in line for movie tickets. All of them are in an ugly mood, because of being shoved and jostled by the people further back in line. “What is wrong with those people?” everyone asks about the shovers behind them. “They seem to think that shoving gets you there faster.” Since, of course, shoving does not get you there faster, each concludes, with reference to the people further back in line, “What those jerks are thinking is totally incorrect.” They reach this conclusion at the very same moment, so each is (not that they know this) concluding that the ones behind have erred in drawing an entirely parallel conclusion to their own.

The question is, are they right? It’s pretty easy to see that they aren’t. If person N were correct, then everyone behind her would have to be incorrect—but then person N+1’s thought the people behind HIM that they're incorrect would be right after all, contradicting our earlier finding that people N+1, N+2, and so on were all incorrect. So, in fact, nobody in the line is correct; to imagine otherwise leads to a contradiction. But, now, wait; if nobody in the line is correct, then each of them is, contrary to what we just said, right to think that the ones further back are incorrect. So nothing works—if any of them is right, that’s a contradiction, and if none of them is right, that’s a contradiction, too.

What about the last one in line? Isn’t that person, at least, correct? Don’t forget, we stipulated that “everyone” is being shoved from behind; therefore, there can be no such person.