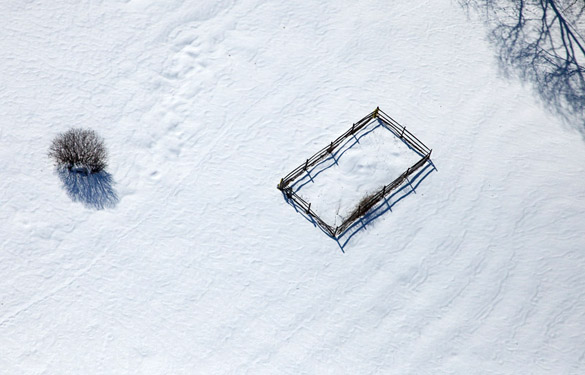 What sorts of things exist?
—excerpt from "Myth of the Seven"

MATHEMATICS HAS BEEN CALLED THE ONE AREA of inquiry that would retain its point even were the physical world to entirely disappear. This might be heard as an argument for platonism: the view that mathematics describes a special abstract department of reality lying far above the physical fray. The necessary truth of mathematics would be due to the fact that the mathematical department of reality has its properties unchangingly and essentially.

I said that it might be heard as an argument for platonism, that mathematics stays on point even if the physical objects disappear. However mathematics does not lose its point either if the mathematical realm disappears—or, indeed, if it turns out that that realm was empty all along. Consider a fable from John Burgess & Gideon Rosen's book A Subject with No Object:

Finally, after years of waiting, it is your turn to put a question to the Oracle of Philosophy...you humbly approach and ask the question that has been consuming you for as long as you can remember: 'Tell me, O Oracle, what there is. What sorts of things exist?' To this the Oracle responds: 'What? You want the whole list?. . . I will tell you this: everything there is is concrete; nothing there is is abstract. . . .' (1997, 3)

Trembling at the implications, you return to civilization to spread the concrete gospel. Your first stop is [your university here], where researchers are confidently judging validity in terms of models and insisting on 1-1 functions as a condition of equinumerosity. Flipping over some worktables to get their attention, you demand that these practices be stopped at once. The entities do not exist, hence all theoretical reliance on them should cease.

They, of course, tell you to bug off and am-scray. (Which, come to think of it, is exactly what you yourself would do, if the situation were reversed.)