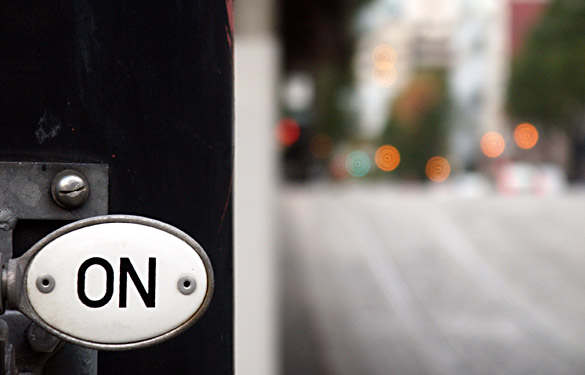 How to Get Rid of Epiphenomenalism, Once and For All

—excerpt from "Superproportionality and Mind-Body Relations"

IF YOU WANT TO BE UNBURDENED of the problem of epiphenomenalism, then the following has worked for me, and it may work for you as well.

First though a reminder of what epiphenomenalism is and why it is indeed a problem. A passage from Ray Bradbury's novel Dandelion Wine sets the issue up nicely.

"Early one morning," Bradbury writes, "twelve year old Douglas Spaulding climbed the dark spiral stairs to his grandparents’ cupola [to] perform his ritual magic...He pointed a finger...A sprinkle of windows came suddenly alight miles off in dawn country…“Grandma and Greatgrandma, fry hot cakes!” The warm scent of fried batter rose in the drafty halls...”Mom, Dad, Tom, wake up.” Clock alarms tinkled faintly. The courthouse clock boomed. Birds leaped from trees like a net thrown by his hand, singing. Douglas, conducting an orchestra, pointed to the eastern sky. The sun began to rise...Yes sir, he thought, everyone jumps, everyone runs when I yell..."

A lot of things take place when Douglas yells, but do they happen because he yells? That is certainly Douglas's view, and it may be true in the story as well. But suppose we were reading Bradbury's narrative as a report on actual events. Then we would regard Douglas as seriously deluded.

Why? The clock's booming, to take that example, is already causally guaranteed, quite apart from Douglas's activities, by the cogwheel's turning, and the clapper’s swinging. So what Douglas does is an irrelevant add-on making no contribution whatever to the effect.

Notice the principle we are relying on here, sometimes called the exclusion principle: if an outcome is causally guaranteed by factors distinct from X, then X is causally irrelevant to that outcome. The question for us is: what does this principle say about outcomes that Douglas intuitively does have some control over, like his finger’s turning toward the eastern sky? This outcome occurs when Douglas decides to point east, but does it occur because of his decision?

Surprisingly the answer seems (or has seemed to lots of philosophers) to be no.

Like any physical event, the motion of Douglas’s finger is causally determined by its physical antecedents. By the exclusion principle, then, nothing distinct from those antecedents—such as Douglas’s decision—can be relevant to the finger motion. Douglas’s decision to move his finger plays no causal role in his finger’s subsequently moving! Douglas is no less deluded when he claims credit for the motion of his finger than when he credits himself with making the sun rise.

Where does a voluntary act originate?

I call this the threat from below (BELOW for short) because it has beliefs and desires pushed aside by neural states at a "lower level of description," and, many would say, a lower and prior level of being. How are we supposed to defend ourselves against this threat? I am going to suggest an answer that may seem laughably simpleminded.

The answer is that this talk of neural states as occupying a "lower and prior level of being," is not to be taken literally. It's only a metaphor. It had better be only a metaphor, because it seems to me that your typical epiphenomenalist is right: if neural states really were prior, that could not help but make the psychological states posterior and dependent. And if the mental depends on the neural, then there is only one possible conclusion—drawn already by Thomas Huxley over a century ago:

[assuming that] all states of consciousness . . . are immediately caused by molecular changes of the brain-substance . . . our mental conditions are simply the symbols in consciousness of the changes which take place automatically in the organism . . . the feeling we call volition is not the cause of a voluntary act, but the symbol of that state of the brain which is the immediate cause of that act.

Humor me for a minute while I ask: what is the next most intimate relation after identity?


A thing and its parts

Last time I looked, it was the relation between a thing and its parts. But which relation do I mean, for there seem to be at least two relations (or types of relation) with some claim to be considered relations between part and whole. On the one hand we've got extensive part/whole, the relation in which, say, the Battle of the Bulge stands to WWII, or my hand stands to my body. Very very roughly, A is an extensive part of B if it is what you get when B is confined to just certain spatio-temporal positions.

Secondly, though, there's intensive part/whole. This is the relation in which Socrates' drinking the hemlock, say, stands to his guzzling it; or someone's driving home on a certain occasion stands to her speeding home. A is an intensive part of B if B is what you get when A is confined to just certain possible worlds. (Alternative way of putting it: extensive wholes exceed their parts in size; intensive wholes exceed their parts in strength.) 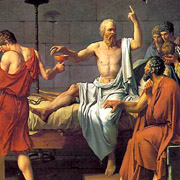