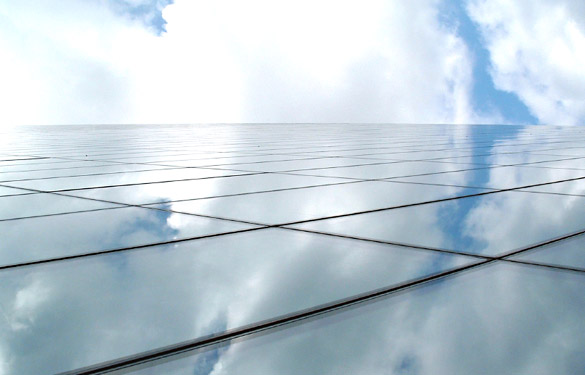 The Truth and Something But the Truth
—excerpt from the first of three Hempel Lectures, Princeton 2008

NOW THIS IDEA OF BEING PARTLY TRUE, and the related idea that partial truth might be quite enough in certain cases, does not come naturally to us. The phrase "partly true" is good English, of course.  Apparently it was decent Greek too, for the creation myth in the Phaedrus is described by Socrates as "partly true and tolerably credible."

Why then do I say that it doesn't come naturally to us to settle for partial truth? Consider another story, this one by the psychoanalyst Melanie Klein. (She didn't consider it just a story, of course.)

Newborns in Klein's view face an enormous challenge, that of putting the things that gratify them together with the things that frustrate them into a single world. They come, as Klein would put it, to accept that the good breast and the bad breast are the very same breast. This cognitive hurdle is usually cleared at around 4 months; that's when the infant moves from the paranoid-schizoid position to the apparently far preferable depressive position.

That is the normal case. Occasionally, though, the integration challenge proves too great, and the individual never really wraps their mind around the fact that one and the same thing can be partly good and partly bad. The result is the cognitive style known as black/white thinking or polarized thinking.


Moving past polarized thinking about good/bad is healthy...

This kind of attitude is familiar with kids, of course, and more forgiveable there. I remember my Isaac squirming around in his seat at the movie "Shrek": he couldn't relax until he knew whether Donkey (the Eddie Murphy character) was a good donkey or a bad donkey.

But imagine you're watching the news with a grown-up and all they want to talk about is, "Is this George W. Bush fellow a good man or a bad man?" When you try to suggest it's more complicated than that, he is good in these ways and not so good in those others, they reject this as spineless evasion. Answer the question, they say. That's black/white thinking and it surely deserves its reputation as pathological.


...but what about true/false?

But our assessment for some reason changes when the focus shifts from goodness to truth. Demanding to know whether a statement is true, full stop, or false, full stop is not pathological at all; on the contrary, it's considered forthright and healthy minded. It's almost as if having lost our Kleinian paranoia about goodness, there was no energy left to outgrow the analogous attitude about truth.

I will be arguing that this is nevertheless worth doing, or insofar as we've already done it, owning up to doing. Let's say goodbye to the paranoid/schizoid position on truth and move boldly ahead into the, well, I guess it's the depressive position.

(I admit it's not the best rallying cry.) 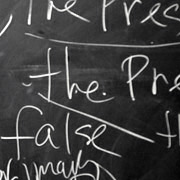