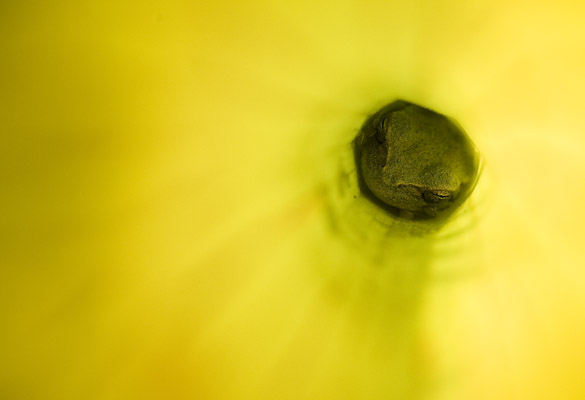 MCDOWELL CLAIMS THAT THE COLORS ARE not "adequately conceivable except in terms of how their possessors would look." By an "adequate" conception of X, let's take him to mean a conception whereby one knows what X is. Then McDowell's claim is that whoever does not conceive redness in terms of how it makes things look does not know what redness is—or, as we might put it, that it is epistemically essential to red to make things look that way. But is this true of red?

The issue for us is the conceptual one of whether someone who accessed colors by touch alone could still be said to conceive them adequately. Take the subjects discussed in "Seeing Color With The Fingers," a story in the June 1964 issue of Life magazine on "dermooptical perception:"

Yellow, they said, felt slippery, soft and lightweight. Blue, while not so slippery as yellow, was smoother and the hand could move more freely over it. Red was sticky and clinging. Green was stickier than red but not so coarse. Indigo was very sticky but harder than red or green. Orange was hard and rough, and inhibited movement...Black was very inhibiting and clinging, almost gluey, while white was quite smooth, though coarser than yellow.

How shall we describe these people? They have a way of thinking about yellowness—an idea of it if you like—but that is all. What yellowness is, however, they do not know. So the epistemic essentiality claim seems right. But McDowell puts a construal on the claim that I want to raise a question about. Properties that are "not adequately conceivable except in terms of certain subjective states," he says, are "subjective themselves in a sense that that characterization defines." The question is whether "that characterization" defines a sense of "subjective" at all.

To call a property "subjective" is to comment in an ontological vein about what it is. But to say that it is not adequately conceived except (e.g.) in terms of how it makes things look is to applaud certain ways of thinking of the property. Unless standards of adequate conception are dictated by the property and it alone, no ontological conclusions follow.

Now, it may seem obvious that the property sets the standards. All that we mean by an adequate idea of X, recall, is one marking its possessor as knowledgeable about what X is. And surely, the standards for knowing what a thing is flow from what it is! To have a name for this view, let's call it absolutism about knowing what. Anti-absolutism holds that standards for knowing what are sensitive to (so far unspecified) additional factors. Some examples will help us to decide which view is closer to the truth......

Listening to the summer weather report, you may hear, in addition to tomorrow’s temperature, the expected heat index—a function of temperature and humidity that is supposed to predict how hot the day will feel. Poor Henry ignores this figure; for him, every day is a 100% humidity day, because Henry is unable to perspire. The humidity normally being quite a bit less than 100%, Henry spends much of the summer feeling considerably hotter than we do; on a day when we might be out enjoying the breeze, Henry will be huddled next to the air conditioner.

Henry appreciates, in a sense, that it’s merely warm out there, not hot. Even so, given how he feels on such days, one wants to say: poor guy, he doesn’t know what it is for a day to be (merely) warm. How will the absolutist explain this? She must say that Henry’s idea is objectively wrong; the right and true way to feel when it’s warm out is the way that we feel. This is wildly implausible, however. Perspiration functions to drop our skin temperature below that of the surrounding air, so if anyone is appreciating the temperature "as it really is," it’s Henry. Except for the historical accident of our greater numbers, it would have been wetskins like ourselves that were under suspicion of experiencing the temperature incorrectly.

The color-touchers, let's imagine, evolved in isolation from those accessing color in other ways; they found the tactile mode of color perception as natural and inevitable as we do the visual one. Bananas and canaries they called "silft" ("slippery, soft and lightweight"), ripe strawberries were "styngy" ("sticky and clinging"), and so on. To know what silftness and so on were, one had to know how they made things feel. Only later, when contact was made with the likes of us, was it realized that silftness, to fix on that example, was none other than yellowness. Whereupon some of the more philosophical color-touchers reasoned as follows: since silftness is tactile by nature, yellowness has a tactile nature as well.

Now, the fact that this conclusion is drawn in a counterfactual world doesn't make it any more tolerable. If yellowness could have been tactile by nature, then, given the modal fixity of natures, it is tactile by nature. And as we know, it is no such thing. This turns the color-touchers' modus ponens into a modus tollens; since yellowness is not tactile, neither is silftness.

But two can play this game. By whatever authority we are able to vouch for the non-tactile nature of yellowness, the color-touchers affirm that silftness is not of a visual nature. Hence yellowness isn't by nature visual either.

Photograph by Jon Sachs
Small tree frog inside a plant